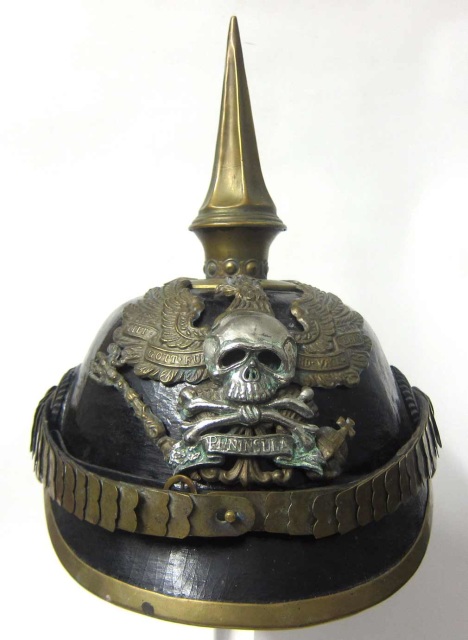 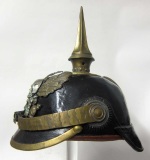 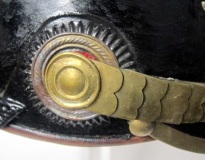 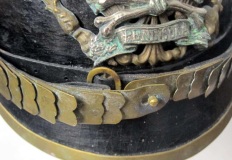 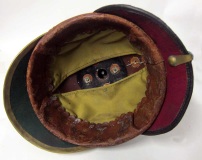 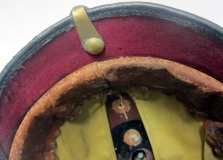 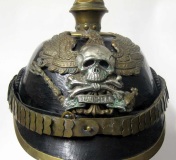 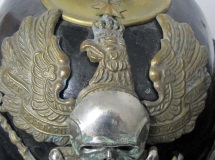 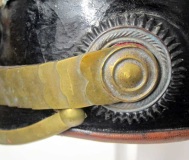 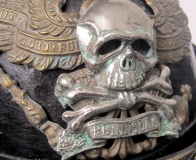 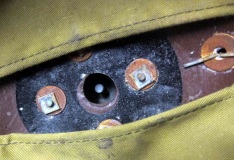 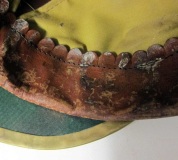 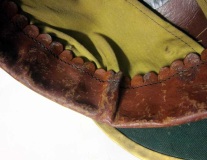 This is a reproduction German Model M1895 to World War One Officers Pickelhaube.

The Brunswicker Ducal Korp or "Herzoglich Braunschweigisches Korps" in its native German tongue were a military unit formed during the Napoleonic Wars. Most units of the corps wore black uniforms, leading to the "black" nicknames of the unit. The Brunswicker's wore a silvered skull (totenkopf), badge on their headwear. Infanterie-Regiment Nr.92 and Braunschweigisches Husaren Regiment Nr.17 both went on to fight in WW1.

This type of helmet is around 1912 production. The body is black lacquered leather and the gilded fittings have lost their gold wash over time. The skull has several areas of oxidation and carries the bandeau 'Peninsula'. The inside has leather sweatband and cloth skull, supported by wooden supports. This a superb high quality aged reproduction.

A similar genuine example is very rare, very sought after and would be worth three to four thousand pounds, this one is a snip of a price and would look great in a study or office - a great discussion piece!