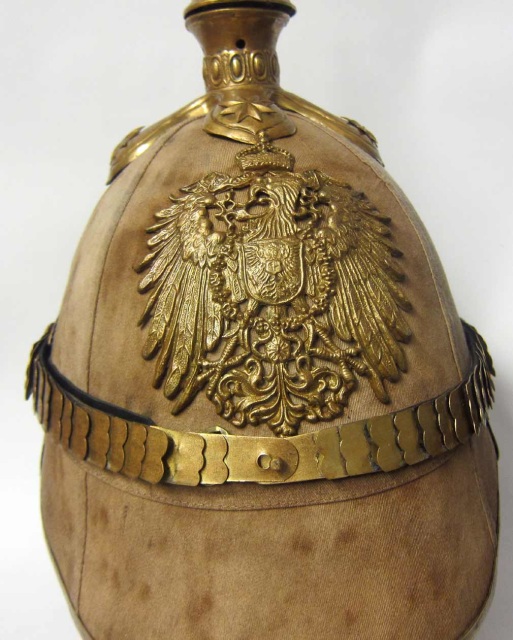 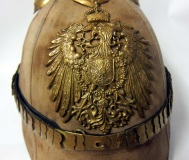 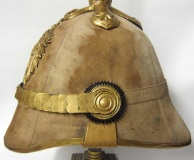 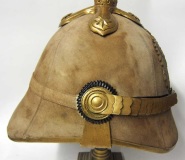 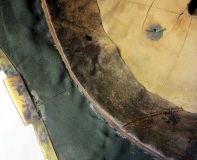 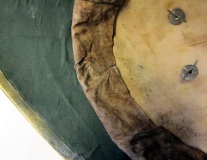 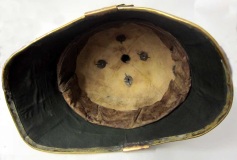 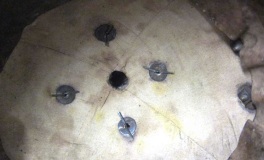 This is a reproduction German Model M1890 to World War One Officers Pickelhaube for the German Schutztruppe.

Schutztruppe ("protection force") was the official name of the colonial troops in the African territories of the German colonial empire from the late 19th century to 1918. Similar to other colonial armies, the Schutztruppe consisted of volunteer European commissioned and non-commissioned officers, medical and veterinary officers. This exact type of helmet was worn by the German diplomat and spy Wilhelm Wassmuss from around 1910 into WW1.

This type of helmet is around 1910 production. The body is white cotton covered (heavilystained), cork and the gilded fittings have lost some of their gold wash over time. The inside has leather sweatband. It has a modern glue repair to the inside of spike - not visible when spike is attached. This a superb high quality aged reproduction.

A similar genuine example is very rare, very sought after and would be worth three to four thousand pounds upwards, this one is a snip of a price and would look great in a study or office - a great discussion piece!