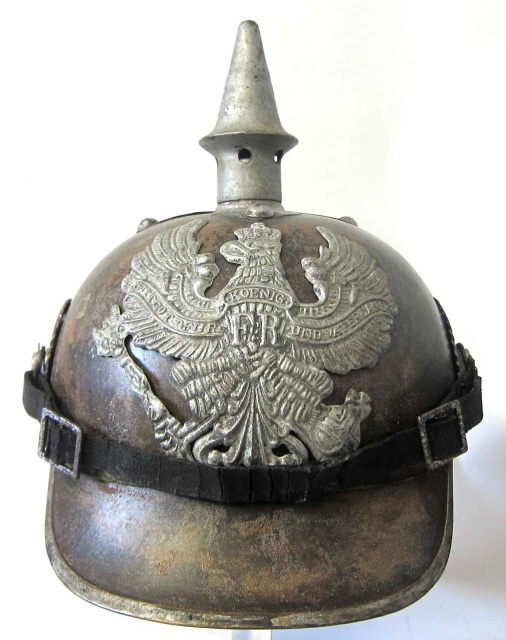 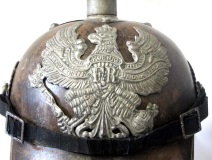 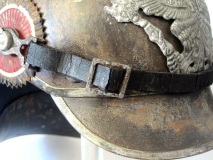 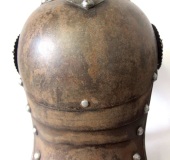 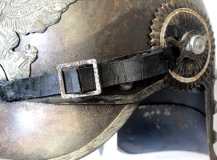 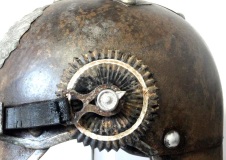 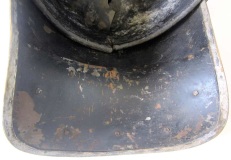 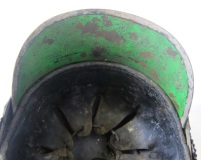 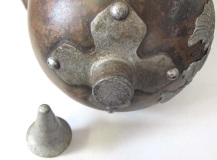 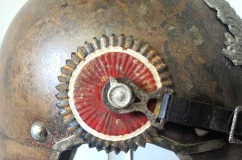 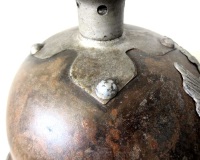 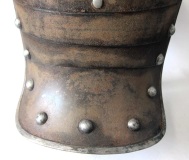 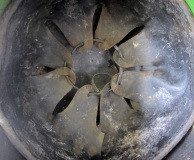 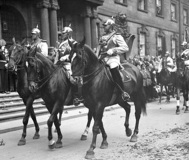 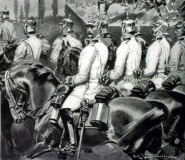 This is a reproduction German Model M1915 World War One Enlisted Pickelhaube for the German Kurassier (Heavy Cavalry).

In 1889 the Preußen Kürassier Mannschaften (Other Ranks) Metalhelme received a rounded front visor and was reduced in height and volume to make it less cumbersome. Like most helmets, this helmet was updated in 1897 with a Reichs Kokarde, however this one retains the larger 1857 cockade versions.

In accordance with the 1915 regulations steel helmets no longer would use brass, silver, or Tombak. Preußen Kürassier (Other Ranks) Metalhelme were steel with grey oxidized steel fittings for all Regiments and the brass or Tombak chinscales were replaced with a M91 leather chinstrap. The chinstrap has had a repair and it is very fragile - just like an original.