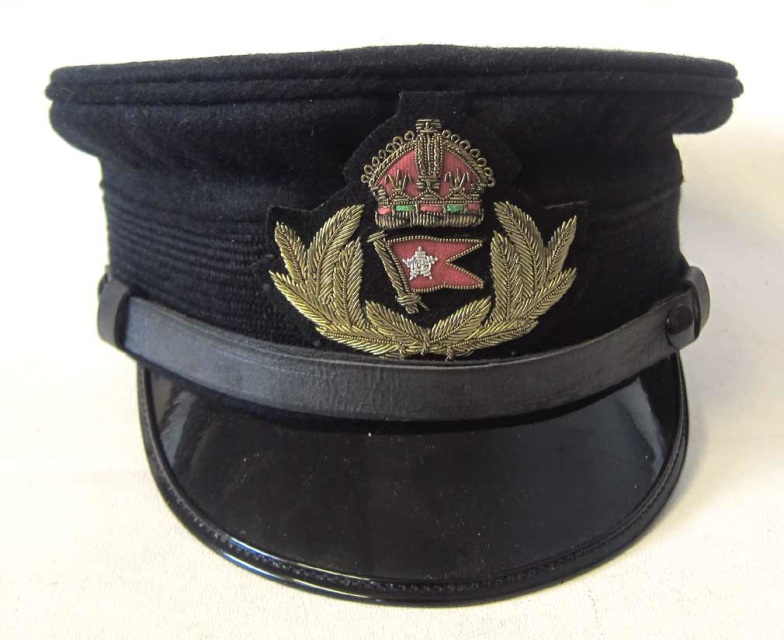 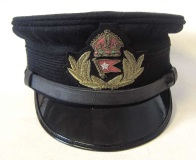 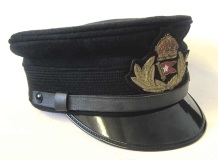 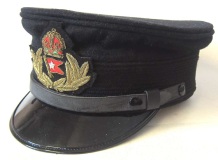 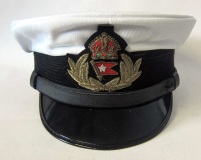 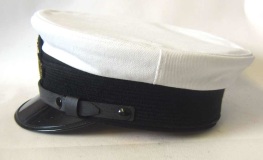 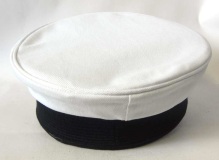 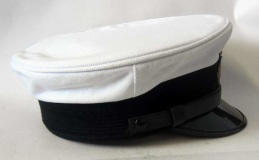 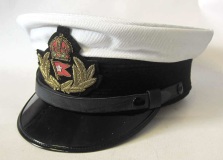 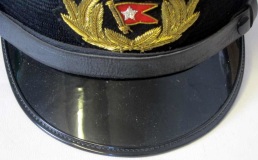 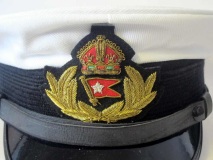 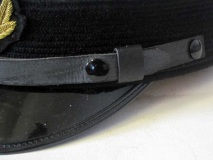 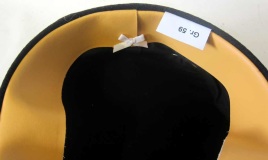 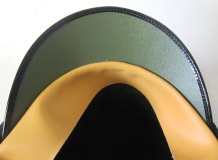 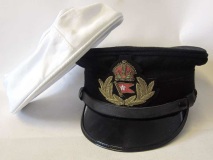 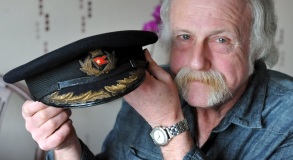 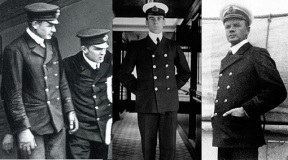 This is a extremely high quality reproduction Officers cap as worn by Officers on board the RMS Titanic on her maiden over 100 years ago. Like the originals it is a fixed blue top with a removable white top.

This cap is only available through WarHats and has been made as accurate as possible based on our research. We wanted to produce the worlds best copy for collectors who care.

G. Miller & Sons, Tailors, Military and Naval Outfitters were located in Bedford, Oxford, London & Southampton and made many of the White Star line uniforms. However, officers also purchased their own uniforms from approved uniform supply shops such as S. W. Silver & Co.

Outside of Cap: The cap is made of thick wool material which helps gives its 'flat top' look. It has a removable wool outer headband with the badge attached. The chinstrap buttons are black metal (not White Star Line buttons). It has a patent leather chinstrap. The gloss peak has a green underside. The badge is an early version of the White Star Line wreath.

Inside of Cap: The cap is lined in black cotton, The sweatband is in light tan synthetic leather. The cap has a strong stiffener around the inside, maintaining its upright look. There may also be small tailoring marks in various places.

The cap comes with a removable white hat cover, which was used during the 'Summer Dress' or 'Tropical' period. White caps which were not removable, so popular on well known auction site copies, did not exist. This cover comes with a metal former which can be removed if required.

There are no original Titanic hats out there to purchase, even aged reproductions can be quite tricky to find, so grab yourself a great looking Titanic Officers Cap in tribute to the men and women who lost their lives on that fateful day 100+ years ago.

These are generally made to order to your size so if the quantity shows 'Sold out' please email us to order.