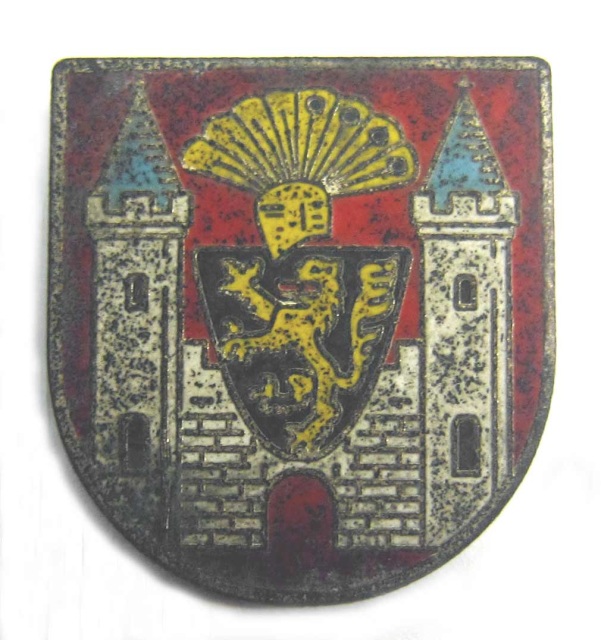 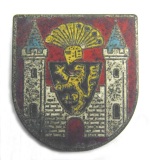 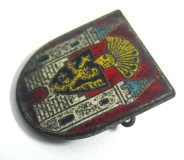 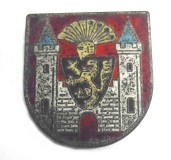 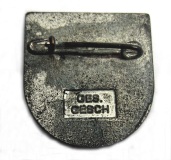 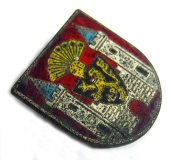 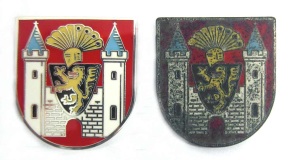 U-156 was the main participant in the Laconia Incident in September 1942, during which she torpedoed and sank the troopship Laconia west of Africa. Whilst rescuing the survivors and flying the Red Cross flag, the U-boat was attacked by an American aircraft and forced to dive, resulting in the shipwrecked survivors being cast back into the sea. The incident led to the Laconia Order, banning U-boats from attempting rescues, and later caused major embarrassment to the US during the Nuremberg trials.

This reproduction cap badge is factory made in Germany just as the original emblems were, It is made from painted enamel zinc and is inaged, condition. It is the coat of arms from Plauen Germany - Werner Hartenstein's home town.

It is approximately 1.5mm thick, 23mm wide and 25mm tall.The last picture compares our new badge and our 'aged' version of this badge.