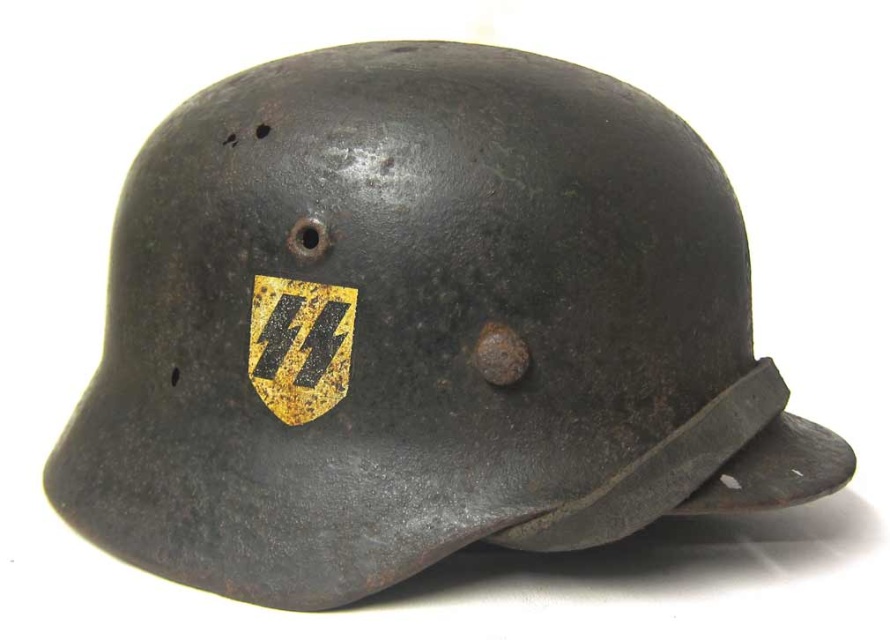 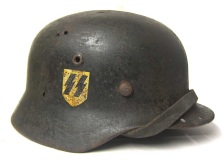 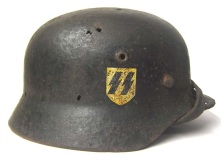 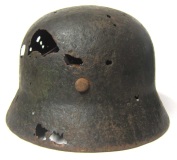 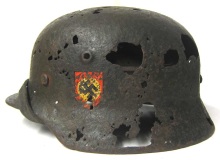 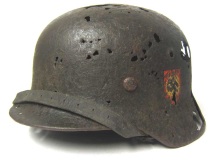 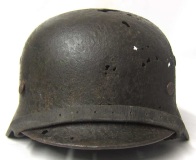 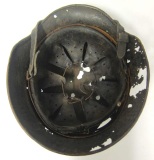 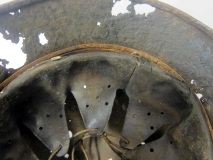 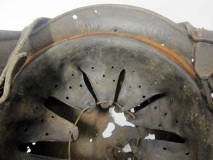 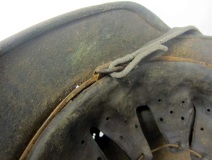 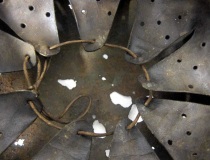 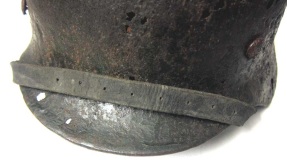 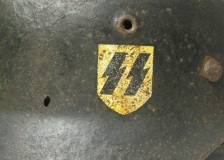 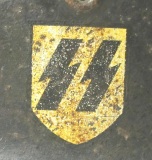 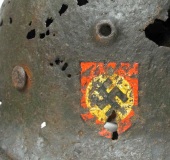 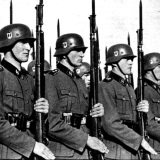 The shell is a genuine Model 1940 Q68 (Quist size 68). It came to us in relic condition and we were advised it came from the SS Barracks in Obersalzberg where today all traces of the barracks have been removed, the site is now part of the Kempinski Hotel complex. However, we have no way of proving this so called provenance, so buy the item not the story!

Given this information we thought it would be apt to transform this genuine shell into a Hitlers bodyguard Leibstandarte SS - Reproine (REPROduction/genINE) helmet.

The liner band, liner parts and shell is original. We have added the Waffen SS Runes and National Socialist Swastica decals and added a replica liner and chinstrap. We have painted the shell in Heer green (as most SS Helmets came from the army) and then over-painted in SS parade black.

This helmet may look a bit fragile in places but is actually very solid, it looks as if half of the helmet was buried and the other half exposed.

This represents a helmet produced for the Heer and then used by the Leibstandarte for parade purposes. Make no mistake, this is a very rare large sized genuine 68cm helmet shell and if totally genuine and in this condition would be worth £10,000+