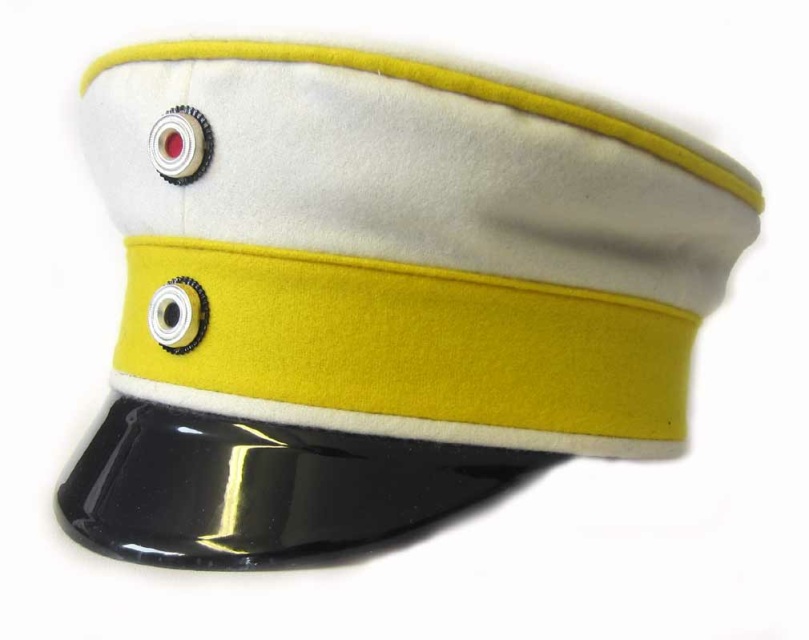 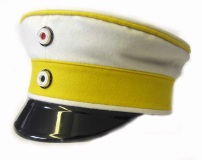 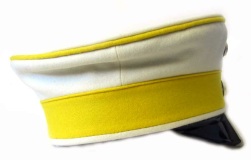 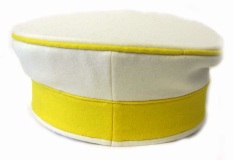 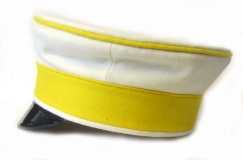 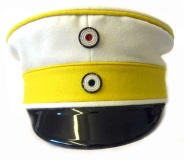 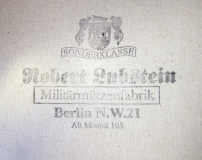 The cuirassier regiment "von Seydlitz" (Magdeburgisches) No. 7 was a cavalry bandage of the Prussian army . It was named after Friedrich Wilhelm von Seydlitz , general of the cavalry under King Frederick II of Prussia.

The "Iron Chancellor" Prince Otto von Bismarck wore the uniform of this regiment. Thus the blue uniform with the yellow collar and the peaked cap with the white cover and yellow ribbon were recognized and admired by every schoolchild of the imperial era.

They are exact high quality reproductions of a German Kürassier-Regt WWI Officers cap, not cheap Chinese versions. They are exactly like the originals and are made with the correct materials and fittings.

These come in authentic lemon/white wool with lemon cap band and piping and Reich & Prussian cockades.