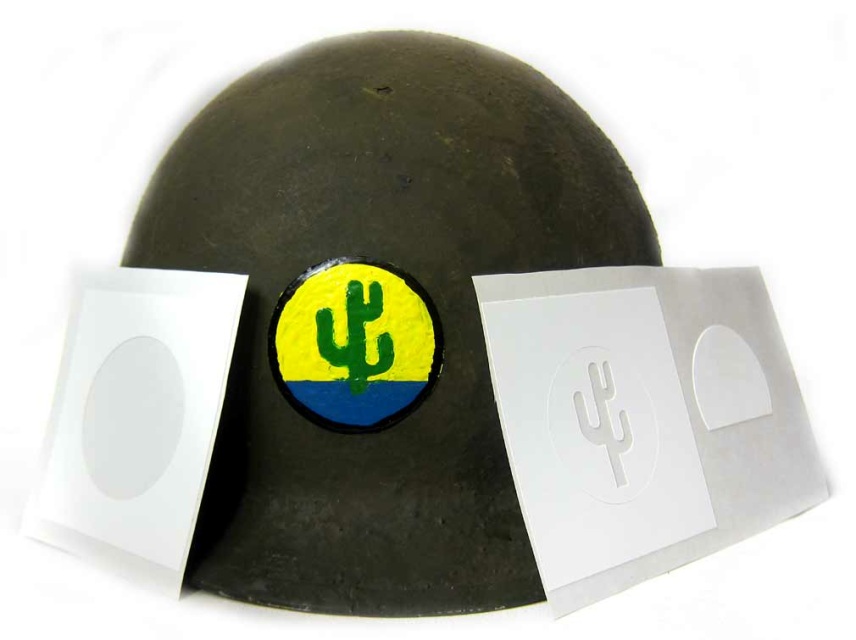 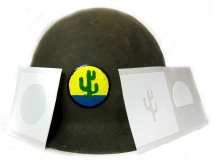 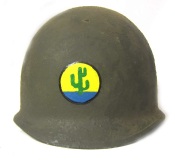 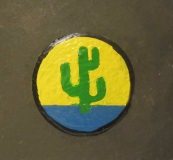 Helmet stencil used during WW2 by the 103rd Infantry Division.

The 103rd Infantry Division ("Cactus Division") was a unit of the United States Army which served in the U.S. Seventh Army of the 6th Army Group during World War II.

It was variously assigned to the VI Corps, XV Corps, and XXI Corps. By war's end it was part of VI Corps' dash across Bavaria into the Alps, reaching Innsbruck, Austria, taking the Brenner Pass, and earning the honor of linking up with the U.S. Fifth Army coming north from Vipiteno Italy, joining the Italian and Western European fronts on May 4, 1945.

This stencil is suitable for hand painting only. It is approximately 50mm in diameter. Apply the yellow circle first leaving the circle in place allow to dry and apply the blank three quarter circle. then paint in the blue base and black outline. Apply the cactus last.