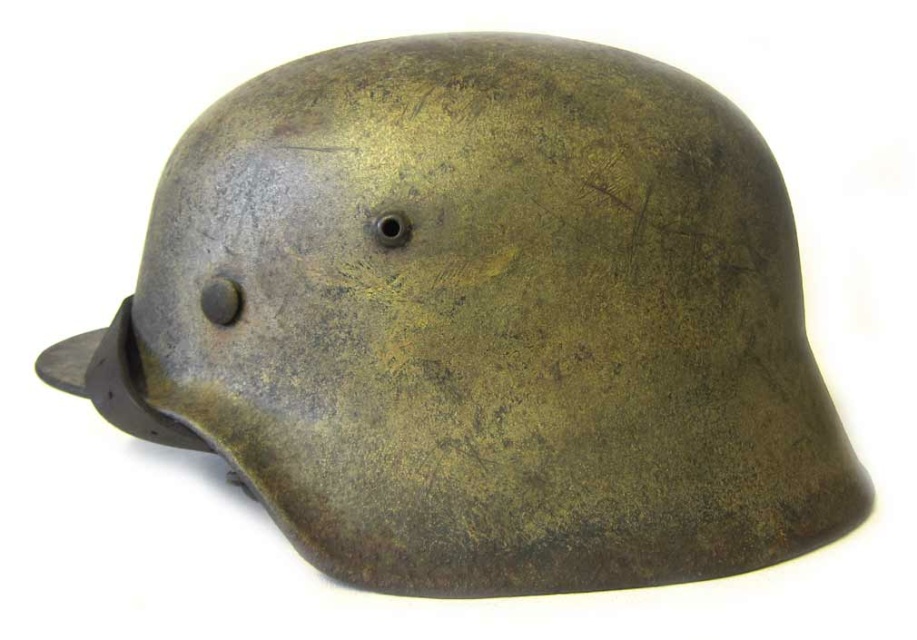 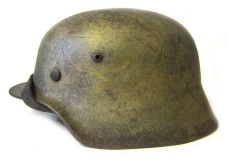 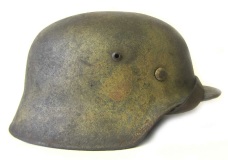 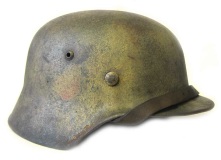 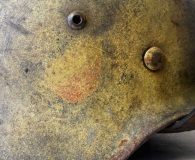 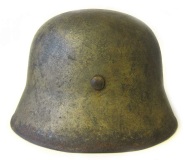 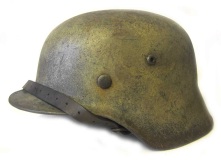 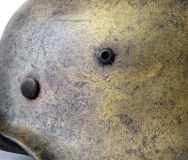 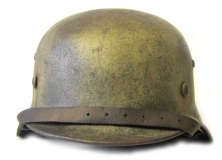 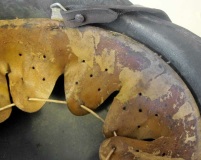 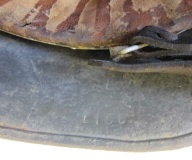 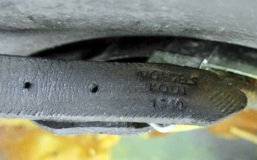 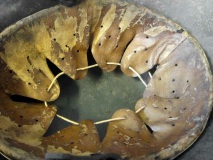 This DAK (Deutsches Afrika Korp) helmet is reproduction, there are no genuine parts included.

The Afrika Korps or German Africa Corps (German: Deutsches Afrikakorps, DAK) was the German expeditionary force in Africa during the North African Campaign of World War II. First sent as a holding force to shore up the Italian defense of their African colonies, the formation fought on in Africa, under various guises, from March 1941 until its surrender in May 1943. The unit's best known commander was Field Marshal Erwin Rommel.

This helmet has been made up from some of the best suppliers in Europe. There are a few parts that are not 100% historically correct but it is probably one of the best reproductions available.

The helmet shell is a Model 1935 ET maker with faint size marker & batch number. The liner is suitable aged as is the chinstrap and the 'Eagle' & National Colours decals are our museum quality reproductions. The shell show medium wear but many areas are starting to rust and are worn through the paintwork.

We have made this helmet to look medium used an then stored for 70+ years.

Notice the paint over the National Colours decal and the Luftwaffe Eagle - superb!

If original and if it ever came on the market would probably sell for £2,500+ GBP

Please contact us if you want a similar helmet made for you.