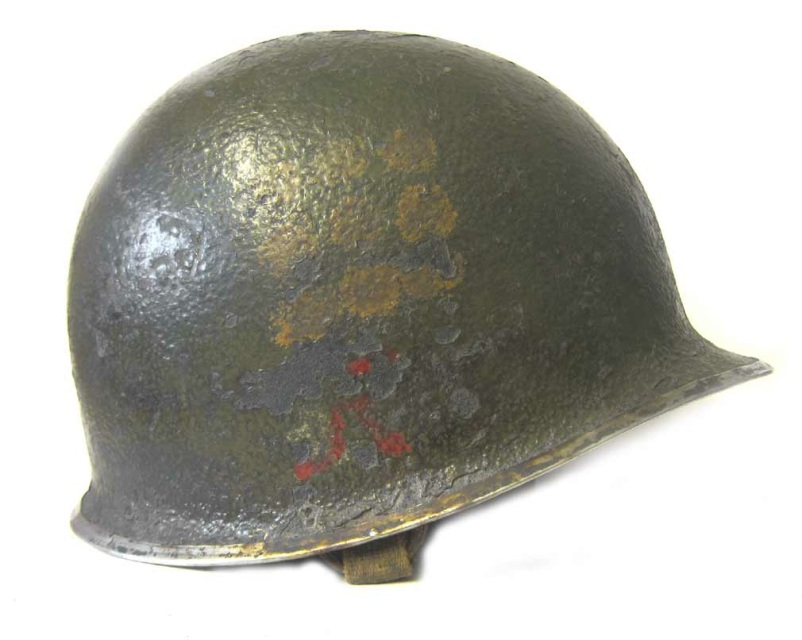 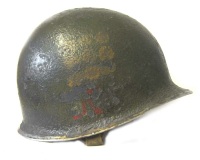 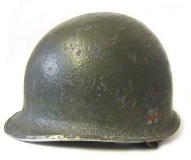 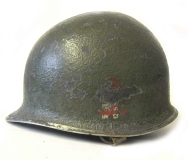 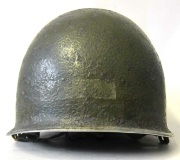 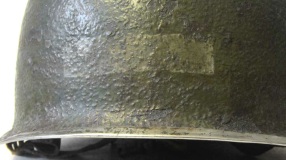 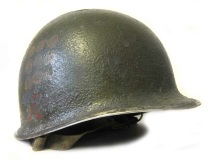 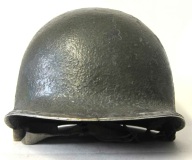 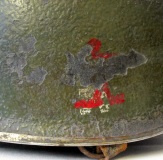 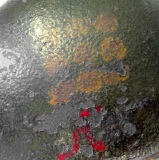 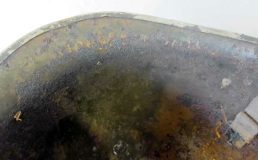 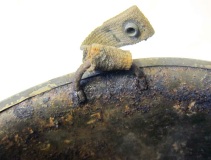 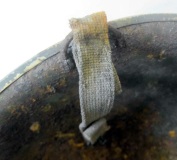 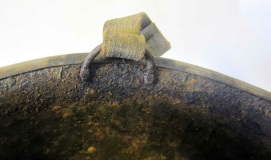 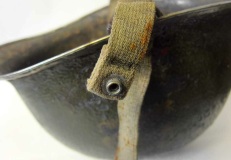 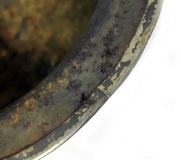 This is a 'reproine' helmet - mixture of reproduction and genuine parts. The shell is a genuine WW2 McCord helmet. It is a front seam, stainless rim and the paintwork is also original. There is a original owners name and number (unreadable) on the inside.

We have added the 'D' bales, the M2 chinstrap and the white and red 'Geronimo', NCO and anti-gas paint markings. The chinstrap is black brass and nickel DOT poppers which have gone dark with age. There are two 'pimples' between the bales - most M2 helmets had this feature.

Inside the shell there is original paintwork and rusting all original to the helmet, we have not touched the inside, however we have waxed the outside to preserve it.

This helmet is a superb 509th PIR Helmet and would look great in any collection. Red and White Geronimo's are thought to represent battalions but no one knows which battalions.

If you think the 'Band of Brothers' had it tough in WW2 read about the 509th PIR here.

Please email us if you want a similar helmet made to your specification.