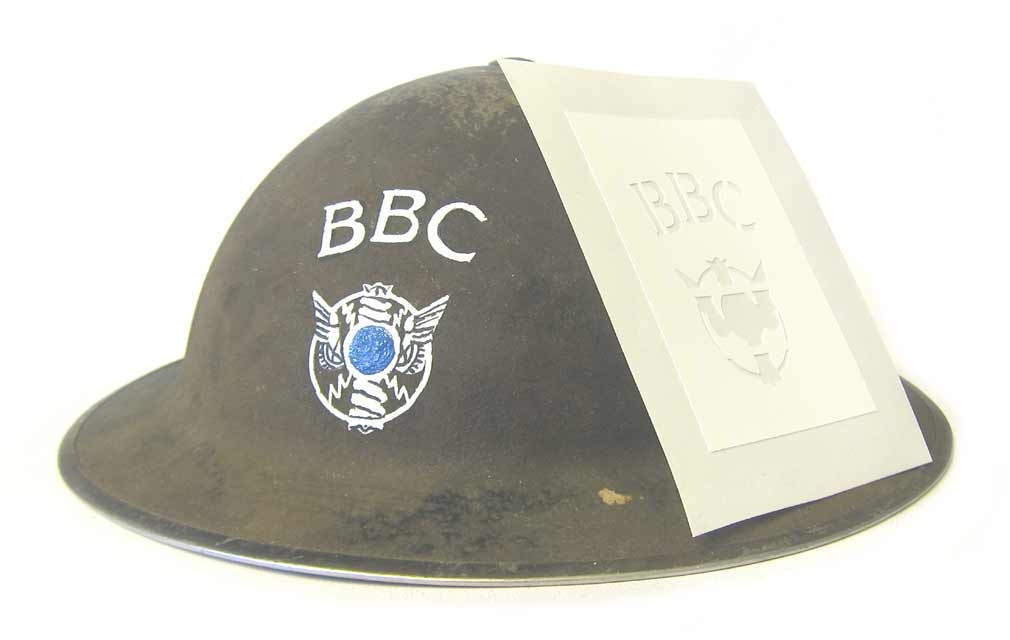 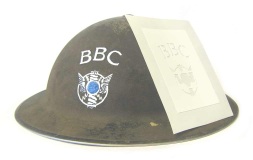 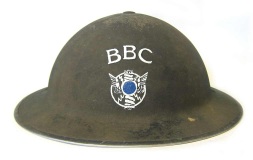 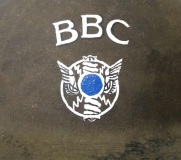 During WW2 the BBC more than doubled in size and adopted a new culture and outlook. The television service, still in its infancy at the outbreak of war, closed down, but BBC Radio proved more powerful than ever. Overseas language services expanded and at home BBC Radio was reconfigured to deliver the Home Service and the Forces Programme.

Alongside its own programming activity the BBC provided a vital information service, monitoring the broadcasts of other nations, identifying foreign propaganda stations, and using its technology in innovative ways to assist the nation in the long struggle for victory. Helmets were widely worn both for outside broadcasts and in crucial broadcasting and other installations.

The stencil is 6.5cm tall and 4.5cm wide, it is only suitable for hand painting with a very fine brush and has been made to look hand painted to reflect the original example for this stencil. All the fine details need to be painted freehand, the stencil allows the base symbol to be painted.