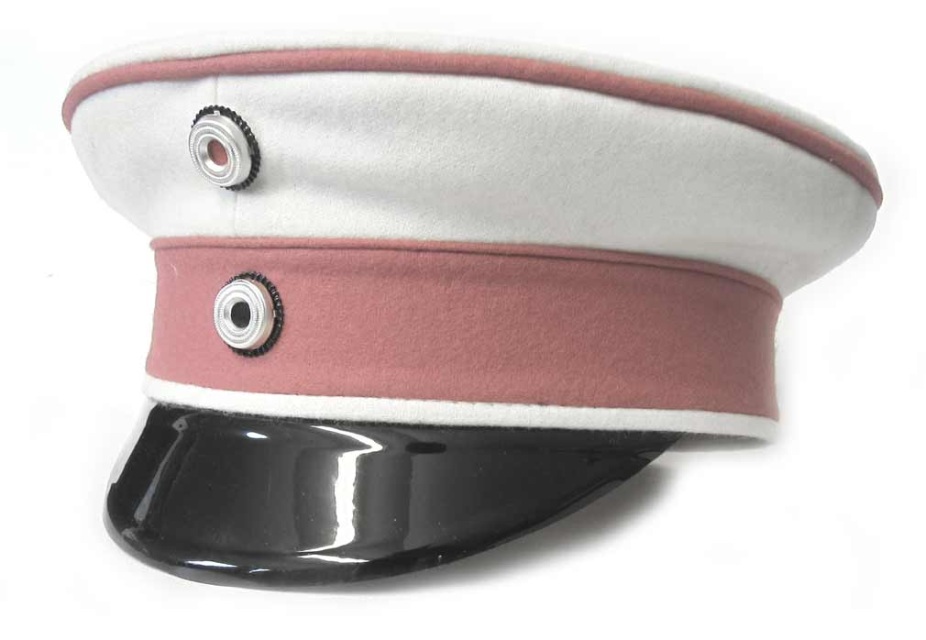 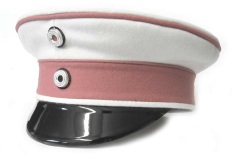 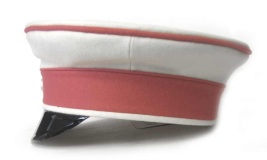 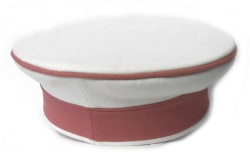 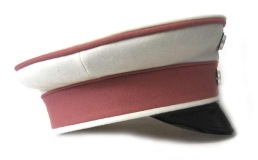 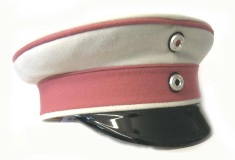 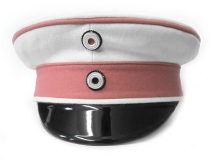 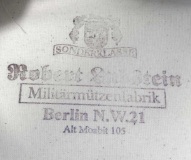 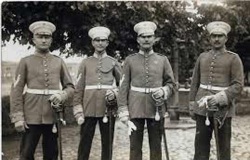 The 5th (West Prussian) Cuirassiers “Duke Frederick Eugene of Württemberg” were a heavy cavalry regiment of the Royal Prussian Army. The regiment was formed in 1717. The regiment fought in the Silesian Wars, the War of the Sixth Coalition, the Austro-Prussian War, the Franco-Prussian War and World War I. It was disbanded in 1919.

They are exact high quality reproductions of a German Kürassier-Regt WWI Officers cap, not cheap Chinese versions. They are exactly like the originals and are made with the correct materials and fittings including Ersatz leather sweatband and vulcanfibre peak.

These come in authentic pink/white wool with pink cap band and piping and Reich & Prussian cockades. The pink is actually brighter than show in the pictures.