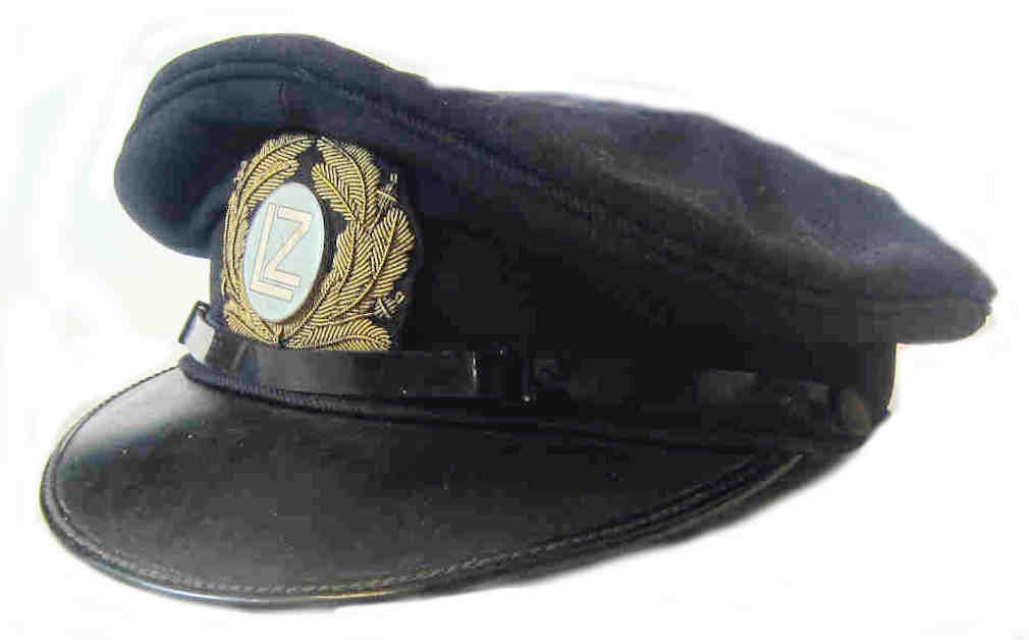 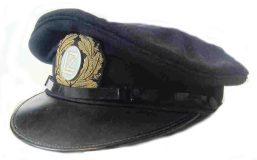 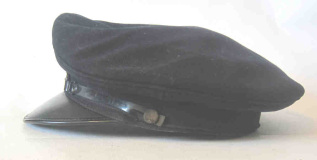 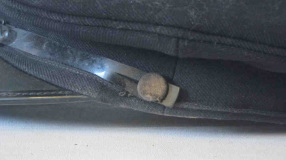 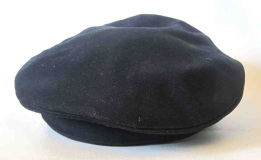 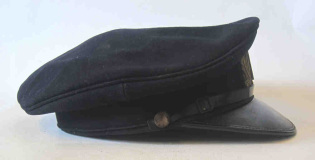 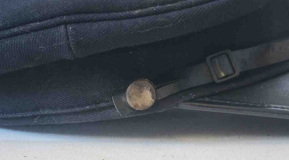 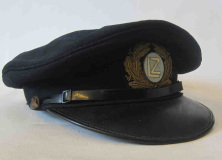 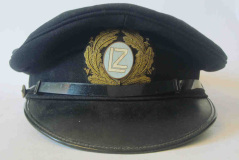 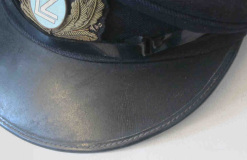 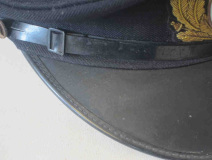 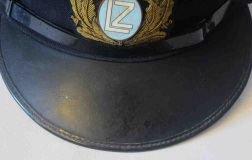 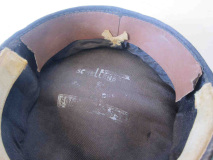 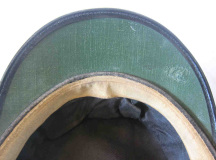 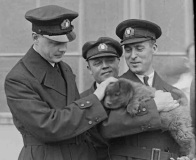 Reproduction parts and Genuine Cap (REPoduction, genuINE), for a German Zeppelin Officers cap as worn during the NSDAP (Nazi), period up to approximately 1935.

The cap is genuine from Germany and probably dates from the 1920's or 1930's and we have marked it with the remains of the marking 'Schellenberg Stirndruckfrei D.R.G.M'. The Bear logo for this brand can be clearly seen. The 'LZ' badge and wreath are aged reproductions.

During the early years of Zeppelin development there was a wide variety of uniforms worn, including caps. We have counted approximately seven different types of caps being worn.

This cap replicates one worn by an officer. It has a ersatz rubber chinstrap and sweatband - which has many cracks and rips.

The badge and wreath been aged to look 70+ years old, but the rest is as found! We call this a 'Reproine' - a mixture of reproduction and genuine parts.

The perfect hat for Zeppelin enthusiasts, Third Reich & Cap Collectors or if you are an aviation enthusiast. We do not have supplies of this cap - it is a one off, once this cap is sold that's it, we are unlikely to come across another genuine cap like this.

Please Email us if you want a similar one made to your specification.