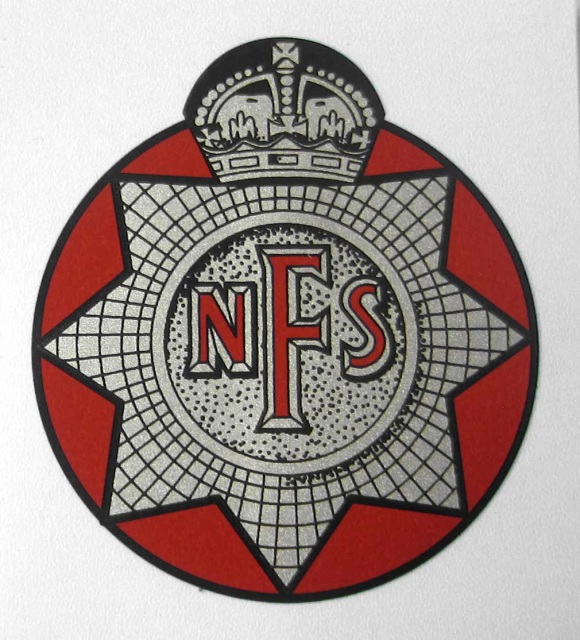 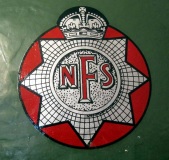 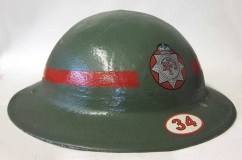 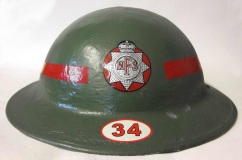 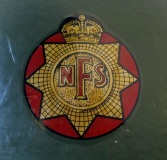 This a helmet decal (not a stencil). The decals were used on British Fire Helmets from 1941 till the end of the war and after.

The NFS was divided into forty three Fire Forces.

This decal is made from ink, just like the originals, it has no plastic materials. It is copied from an original (there were 4 original types that we have observed). It was mainly made from silver ink but they were nearly always varnished which gives a yellow/orange tone over time, so many people incorrectly think they were this colour! See the last picture - we have made this one look aged using old varnish.

Instructions can be found on this link (German but exactly the same process). We also sell the 'Fire Forces' numerals on our website. These are the numbers that sat below the NFS Star & Crown.