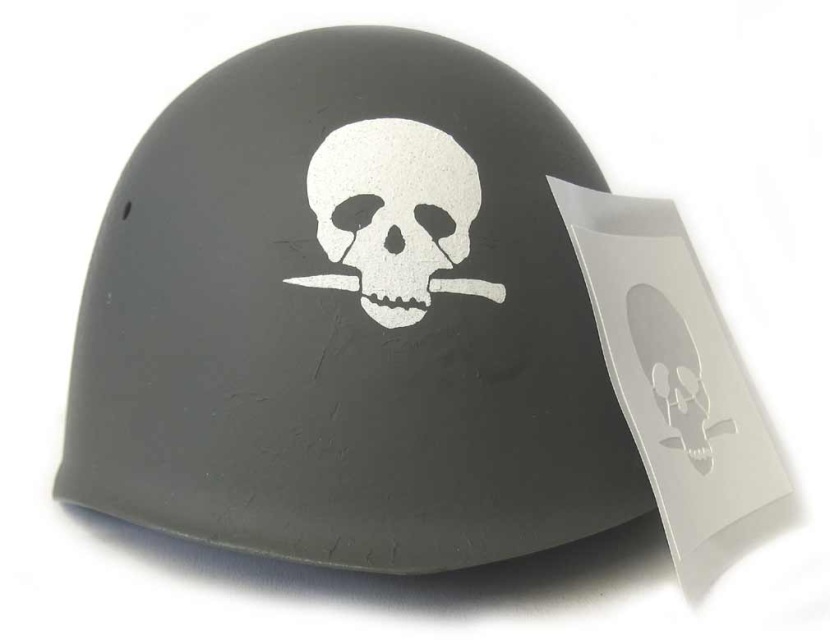 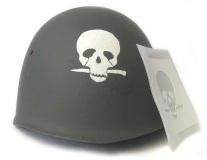 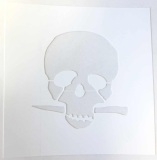 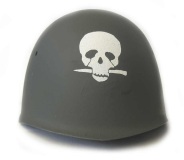 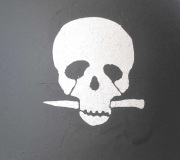 The Corpo Ausiliario delle Squadre d'azione di Camicie Nere (Auxiliary Corps of the Black Shirts' - Action Squads), most widely known as the Black Brigades (Brigate Nere), was one of the Fascist paramilitary groups, organized and run by the Republican Fascist Party (Partito Fascista Repubblicano, PFR) operating in the Italian Social Republic (in northern Italy), during the final years of World War II, and after the signing of the Italian Armistice in 1943. They were officially led by Alessandro Pavolini, former Minister of Culture (MINCULPOP) of the fascist era during the last years of the Kingdom of Italy.

It is not know why some of the stencils had the blade to the left and others to the right!

This stencil is suitable for hand painting only as it is very large and quite intricate.

Cut slots all round the stencil and ensure the inner edges are firmly fitted to the helmet. You can work your way down the stencil - securing each area before painting. Paint in white then remove stencil and paint in the 'tabs'.

Like all our stencils it is reusable many times!

You can get more general stencil instructions here.