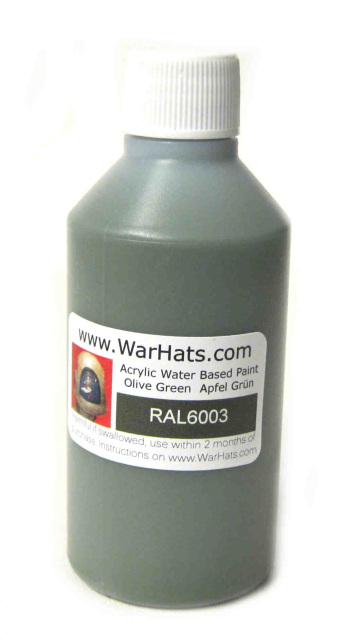 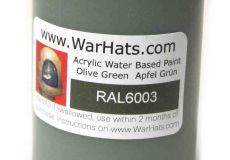 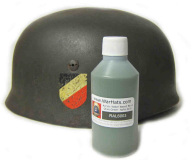 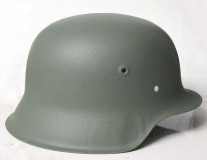 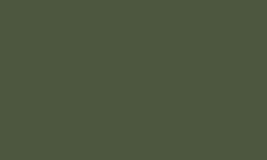 RAL6003 or Olive Green or Apple Green was used on Army, & Waffen SS Helmets, it was one of the first official helmet colours and comes in a 100ml container with a mixing ball bearing.

The RLM62 was used by the German Luftwaffe from 1936-1938 as aeroplane camouflage. It was also called 'live green' or 'ashes green' officially. Unofficially it was called 'apple green' but this was never designated by the German authorities.

The RAL colour chart was revised in 1953 and 1961 and thus many RAL colours received other names, so this all adds to the rich confusion of German Helmet paint!

The picture with the M38 Helmet shows the paint after heavy ageing!

You can get instructions on applying the paint here.